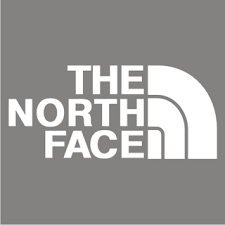 It was 3 am and I was sitting in a tub of hot water eating Nutter Butters.  It was barely more than 12 hours since I had finished TNF ECS WI trail marathon and had PRed by just over 10 minutes.  Now I needed to get up in about 3 hours to get ready to run and help my eldest daughter finish her first 5K.  But, I wasn't asleep, instead I was trying to relax my legs so I could sleep while satisfying my hunger from being calorie deprived due to the stress of the marathon.

We got around, had breakfast, moved everything from one room into the other since we could only get an extension on 1 of the 2 rooms we had booked.  Then back down the road to the race start.

My middle son would start running before us as he was competing in his first 10K.  The clock counted down to 9 am and he was off.
Fifteen minutes until my oldest son who has raced several 5K's over the years, myself, and my oldest daughter would take off.  Honestly, I wasn't sure how this was all going to go down.  My daughter had shown signs of good running as we would train together, but also had had several mental meltdowns.  I was concerned that the mental aspect of this race might be very hard for her and take its toll on me, a dad already exhausted from day 1 of this 2 days of racing.

Initially once we got started, my daughter had some problems with the headphones she brought staying on her ears, so I took her iPod and stuffed it in my pocket.  After that, we got going pretty good. While she had to walk at times, she did even run some of the initial paved hill up to the trails. Plenty of people encouraged her and when she was prone to get discouraged, there was a lot of remembering that if she wanted to be counted as a finisher, she had to do so within an hour to get a medal.  She would walk for a minute and then suddenly start up and I'd have to catch her.  Then she'd stop again and walk.  We went back and forth with several people as she did this and eventually made the half-way turnaround.  We were on par to definitely make it under an hour, though there was some worry about her older brother making the cut-off.  Eventually we passed him and encouraged him to make the turnaround.  Then we came up the hill and hit the 2 mile marker.  Just a little over 1 mile to go with a large chunk of that on pavement.  We made it down the hill and turned onto the road that the park is on where the start/finish line was and I pointed it out to her, except that I was pointing to the wrong place and it seemed so far away to her.  As we got closer, I corrected myself but it still seemed far away.  She was getting tired as we made the final turn onto grass and had less than 1/10 of a mile to go.  She kept telling me it was so far away and I started pointing to her that we just needed to cross this path and run up there a bit and we were done.  Everyone was cheering her on and finally the truth registered and we took off, crossing the line together.  She did much better than I thought both mentally and physically.  We weren't super fast, but we finished, 41:20.

My son running the 10K got it done and as the only male 19 and under, won his age division, but we didn't know until later and forgot to get his prize!  D'oh!  My fault!  Should've thought of that before leaving!  My oldest son did good too, and though he's not a big runner, he got the race done before the cutoff.


On a final note, if my eldest daughter had run the whole 5K at the pace she did when she would take off for a stretch on the flats and downhills, I think she would have left me in the dust.  When she gets this all put together, I'm going to be in trouble!  My son who finished the 10K ran a cross-country meet 3 days before his race and 2 days after.  His times for short distance will soon probably surpass me, and I might find in the shorter races with him, I no longer have the fastest time in the family!  Yikes!  But I don't think any of them will be racing long-long distance anytime soon!  So at least I have that for a while! :)  They all did great, including two of the youngest three who ran the kid's 1K with their oldest sister the day before after I had finished my marathon.  I guess technically, she ran 2 races over 2 days as well!!!

Praise God for kids!  They make life fun!  We had a great weekend of racing, and now over a week later, I think I am the only one still recovering!  Oh well!  Joy makes the tiredness and the pain worthwhile!