Disclaimer: I received a sample of 2Toms FootShield to review as part of being a BibRave Pro. Learn more about becoming a BibRave Pro (ambassador), and check out BibRave.com to find and write race reviews.

Running is hard on feet.  Summer time can often make it worse because we are running more miles and it can often be in blistering, (irony intended), heat.  Our feet sweat more, swell more, and generally can get hurt more.  Things like athlete's feet and really stinky shoes can often enter into the picture.

2Toms has come out with a product to help with at least some of that, FootShield.  The tagline is that it is made to "Keep feet dry & odor-free."  The letter I received with the sample called it a "perspiration barrier."


2Toms FootShield has pure tea oil that gives it a refreshing scent, as long as you like tea oil. Tea oil was a big thing several years ago, and still is, but some people don't always love the scent.  I would say it smells good kind of like the smell of a refreshing mint would to the sinuses.  Since it is going on your feet often before a run, there's really no problem.  I like the scent and it is not overpowering.  The FootShield is mess-free, you will see some of it on the foot, but often not unless you put it on heavy.  It works instantly and dries fairly quickly. It also has natural anti-fungal ingredients, so it is great for fighting bacteria that might lead to athlete's feet.  Again, since it helps with moisture, it can also help cut down on blistering.

How does it work?  Well, in addition to running, I tried the 2Toms FootShield at work, where I am in a retail environment and often on my feet several hours a day, as well as at our recent company kickball tournament.  No problems.  I noticed nothing...which is to say, that a great product makes you realize it's working when nothing is going wrong.  Work is hard on my feet and the kickball tournament had me moving in ways I don't normally when I run. It was also bright and sunny, hot even in the sun.   My feet had no problems in either environment with moisture.

The two final pictures following give you the low down including how to use it and the ingredient, all of which you can also get at the website, http://www.2toms.com/footshield/.
If you shop online, use code 2Toms20 at their website and save 20% off your purchase! Enjoy! 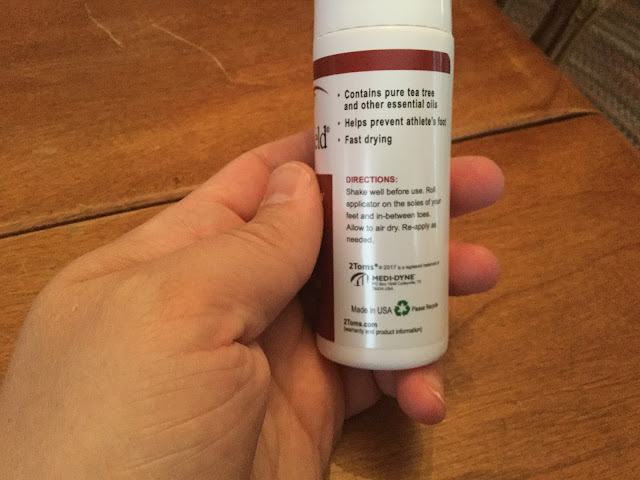 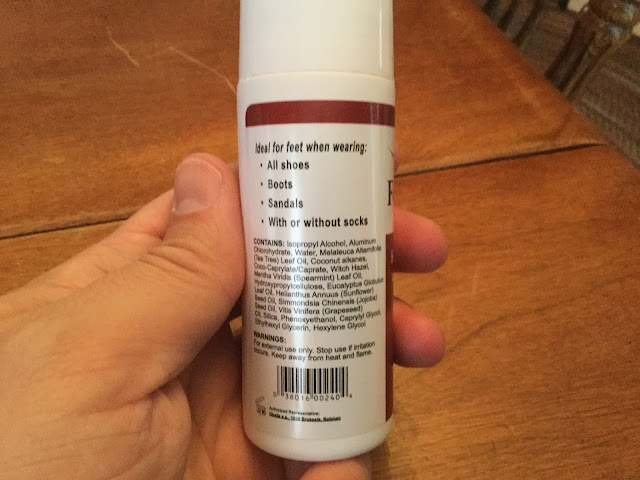 Disclaimer: I received a pair of XX2i Bahamas1 Crystal/Black with Polar Grey AR Lenses as part of being a BibRave Pro.  Learn more about becoming a BibRave Pro (ambassador) and check out BibRave.com to review, find, and write race reviews!

Since I first tried a pair of XX2i sunglasses back in January of 2016, I have really enjoyed wearing and using their products.  The Bahamas1 are my fourth pair of sunglasses from XX2i, and are more of a "caswear" type of spec, like the Brazil1 that I reviewed last November.

The Bahamas1 have polarized lenses and are lightweight yet super durable. They also offer 100% UVA and UVB protection.  In addition, they have a lifetime guarantee, so if you scratch or break them, just pay shipping and handling to get them replaced.


Now, are the specs stylish?  Well, you decide...but let me help you.  Let's say you're a guy, a guy...with a beard. Maybe you're starting to lose a little hair up top, but you still want to look hip...consider Moose here:

He's got big ears, kind of a mohawk/mullet thing going on, and he sports a sort of funky goatee underneath than really big nose...but still looks cool right?  So, you might be thinking, "I've got big ears, or a big nose, or even a thinning hairline...hey, I can look pretty cool in a pair of XX2i Bahamas1, and you'd be right...not as cool as Moose, but cool enough for the local scene.

Or, consider this human character, you could probably boil an egg of his forehead in the Arctic Sun, but hey, give a pair of Bahamas1 by XX2i to him, and he actually turns out to be more than just a local guy who knows how to trailrun...his coolness factor turns up a few notches!

Finally, if you want some durable, cool looking specs that are Moose approved, (both Canadian and United States---well, at least Maine, we're not sure if they're legal yet in Minnesota...we couldn't really understand what the moose there were saying, it might have been the South Dakota influence on their accent and dialect donchyaknow), you can click on over to XX2i.com to save 50% off any purchase right now with code "xx2irocks".  And if you do so, tell them Moose sent you.